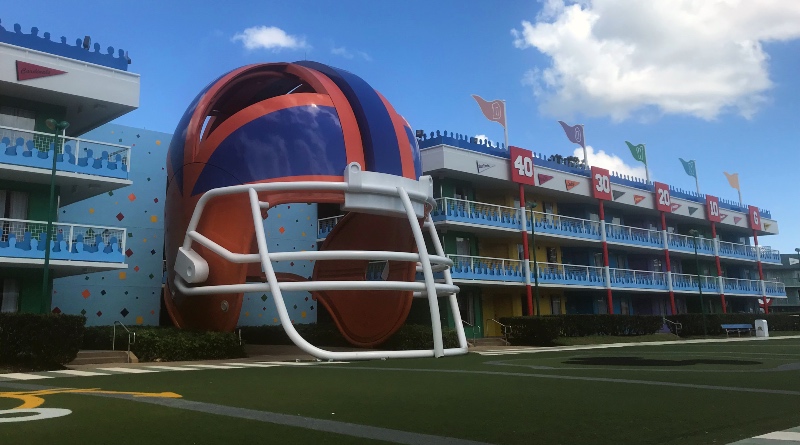 The USASF has recently announced new proposals for rules, that would begin to apply from the 2022-2023 season.

The rules would affect teams on many levels and are big changes for some divisions! They could even remove certain Worlds divisions…

We have listed all the proposed changes (here’s a link to the official statement), so you can read through which rule changes would affect your team.

Where do these proposals come from?

Remember that they are just proposals, not definitive rules!

Even though it is the USASF that has announced the proposals, they don’t come directly from the organization. It’s the members of the USASF that can give proposals. This can be gym owners, coaches, and choreographers for example.

It’s not guaranteed that these proposals will become new rules, but offer ideas and discussions about the development of cheerleading in the future.

Let’s get into all the proposed changes:

(Current rule: flips not allowed). Tucks are currently only allowed in running tumbling.

(Current rule: must be performed in a tuck position).

(Current rule: up to 1 flipping and 0 twists allowed).

Want to be the first to know when we publish cheerleading news like this? Sign up for our email newsletter!

Level 1: Allow a forward or backward roll immediately after a round off.

Current rule: No tumbling is allowed in immediate combination after a round off or round off rebound.

Current rule: No tumbling prior to front tuck is allowed.

Reasoning: First level that you are able to tumble out of a flip, flip/flip is not a good progression.

Speaking of new cheerleading rules… Did you know that the IASF has a new uniform rule that will apply from 2022 and forward? Read all about it here: What Is the New IASF Full Top Uniform Rule?

Level 3 Pyramids: Allow non-twisting/non inverted release moves to extended if connected to one bracer at prep level or below.

Current rule: requires 2 bracers at prep level or below.

Reasoning: Level 4 may simultaneously release and twist to extended with one bracer. Fits progression.

Current rule: Not allowed in Senior division, only International 6.

Meaning possible changes to the age grid, as the USASF age grid is not calculated in the same way as the ICU and IASF one.

Learn more about what the USASF is, and how it’s different from the IASF and ICU: The USASF, IASF & ICU – What Are They and What’s the Difference?

Reasoning: International Open 6 division may have exact same roster. Senior Open 6 was created because of uncertainty with where IASF was headed with scoring, rules, etc.

Reasoning – The additional male athlete will allow for options when creating stunt groups that can complete at a competitive level with more age appropriate athletes. There’s a need to fly more aged appropriate flyers and another male will help field just that. The average team of 24 will do 5 stunts, this would allow for potentially putting 1 male in every stunt group. This would also allow for teams with stronger female stunting to add males with elite tumbling to join to help them in the tumbling categories. In these divisions the males are showcased heavily, one more male that may add to a category the team lacks in as a whole. There is such a jump from 5-12 males in the Large Open Coed 6 and 5-16 males in International Large 6 & 7, giving the Small divisions one more male will help close that gap.

Reasoning – This would allow all senior 6 divisions to have two leftover athletes after stunt groups are created. It also separates each division by 8 athletes. Currently we are allowed 38 athletes in level 6 but only 30 in levels 1-5. This does not make sense. There is more chance of injury with 38 athletes on the floor tumbling. This is especially true when these athletes are performing level 6 tumbling. The max team size should be lowered to 30 so it matches all other elite levels and reduced chance of injury. Also, most gyms cannot field a team with 30+ athletes. It is not needed.

Reasoning – It would help level out divisions at worlds. Currently, large Senior has 4 teams and extra small has about 50. This change would essentially combine current medium and large teams into one division and create a better competition. The small and extra small teams would round out the new medium and small divisions.

Some suggestions regarding the discussions about “D1” and “D2” gyms.

Learn more about D2 divisions here: What Is The D2 Summit? Here’s All the Information You Need

What are your thoughts about these suggestions? Comment on our social media platforms or vote in this quick poll:

Well yes I like this but I don’t really like it also. It would be new and plus say you went against another team and they do something that’s added but then you go against like someone doing forward rolls.

While I agree with your comment to some extent, the comment regarding college age leveling is off what if a college age kid isn’t going to college? Or does without a cheer team or club? And shouldn’t ALL kids be focused on other things, including work? Is there an age where a person should stop playing sports? Health and wellness should be a primary focus all the time, no matter the age. Organized sports help people of all ages with a variety of things. Eliminating them for some is wrong.

Most college age athletes compete for their schools, not for a club. There are college cheer teams. Club sports usually cap off upon high school graduation, so that’s why open should be eliminated.

Not at all. It should remain birth year as that’s how everything is based. Nothing is ever based off of school grade, makes no sense.

Birth year should align with school grade so that teams are closer in age. Elementary school age kids shouldn’t be on a team with high school age kids. That’s happening on some teams.

I don’t believe it is fair to allow a true D1 gym to be able to choose locations to be D2. As a D2 gym it isn’t fair when they can pull athletes from other locations. True D2 gyms do not have that same advantage and I think it’s completely unfair. If they allow this then there should not be crossovers from other locations then.

we cheered at 2 VERY large D1 gyms, each with multiple locations. Athletes at both gyms are only allowed to cheer for 1 location, and can only tryout at one location. Even though we are all apart of our parent organization, each location functions as its own separate gym and cannot “swap athletes”.

Do not change size of Senior Large 6. The size is the show. Dont break what is not broken!!!