Do you think the competition season is over after The Cheerleading Worlds and The Summit? Think again!

The D2 Summit is the main and final competition of the season for cheerleading gyms with less than 125 athletes. It is very similar to The Summit but exclusive for gyms with fewer athletes. Junior and Senior aged teams on levels 1-6 are able to compete at The D2 Summit. The competition is held by Varsity Brands, at the ESPN Wide World of Sports in Orlando, Florida. It typically takes place in May, about a week after The Summit.

Let’s look at some D2 history to better understand the competition and reason behind it!

An organization called the National Small Program Association was created in 2014 (by a Varsity brand called American Cheer Power) to help build successful small gyms in the United States.

Before, smaller gyms could compete in so-called “Small Gym divisions”. This changed when, at the end of the 2014-2015 season, the U.S. All Star Federation (USASF) announced a new official definition of the small gym divisions. The divisions were named “Division II” (Division 2 or D2 for short) which was defined as:

“Having one physical address for a gym location and having 125 athletes or less registered in a gym’s cheer program at the time of competition.”

Fun fact: the competition has also moved since the first time it was held. The first D2 Summit was actually held in Tampa (Florida) and not the ESPN Wide World of Sports in Orlando (Florida) we’re all used to seeing.

The competition offers divisions for small, medium, and large Junior and Senior teams, on levels 1-6. Youth divisions used to be a part of the event, but it was announced in 2020 that they would be removed from The D2 Summit and The Summit.

You can read more about that here: No Youth Divisions At The Summit + New “Regional Summit”

How to watch the competition

The D2 Summit is live-streamed on VarsityTV and you can watch with a paid subscription.

If you want more information about how to watch the event, click here for our tutorial. We also talk about what else you can watch on VarsityTV, as well as unlock the live streams from any country.

To see past results from the competition, we recommend these lists on CheerTheory.com.

Here are future dates for The D2 Summit:

Disclaimer: this is not official information from the Varsity or the USASF. Visit their websites for official info from the organizations. 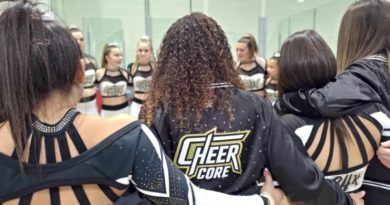 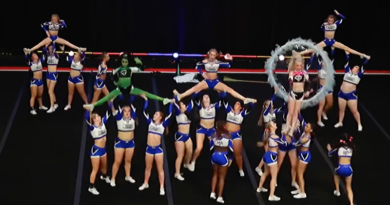