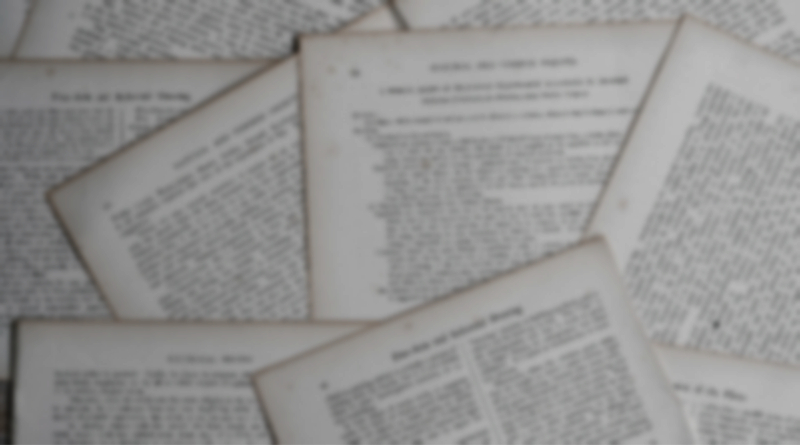 Varsity Brands and the USASF are hit with a second lawsuit.

Earlier this year, we covered the lawsuit filed by Fusion Elite Allstars along with three law firms. They sued the two organizations for monopolizing the cheerleading industry.

In July 2020 they were faced with another lawsuit. In this article, we will explain the lawsuit and what it seeks to do.

We also talk about the organization “Take Back Cheer” that was formed along with the lawsuit.

DISCLAIMER: TheCheerBuzz is not affiliated with Varsity Brands or other defendants in any way. The following article does not necessarily reflect our own opinions. We do not make a statement in this lawsuit but present the facts in an unbiased form. Images displayed within this article are not affiliated with the lawsuit.

Who filed the lawsuit?

Who is it against?

“Varsity Brands” includes many brands and companies most of us are familiar with. NCA, UCA, ICU, JAMFest Brands, Cheersport, Spirit Celebrations, and Epic Brands are examples of Varsity owned brands.

Read more about the competition market in this article. It explains Varsity’s control of the market, found in the previous lawsuit.

We also covered USASF’s and Herff Jones’s involvement in the other lawsuit article linked above.

USA Federation for Sport Cheering, or USA Cheer, is a non-profit organization. It is the “National governing body of sport cheering in the United States.”

The lawsuit explains that USASF is a member of USA Cheer, yet USA Cheer shares its address with Varsity and doesn’t have any employees. Instead, they use employees from Varsity when needed.

BSN Sports is a company owned by Varsity that makes and sells uniforms and equipment to the school’s sports teams. This includes sports, like football, baseball, lacrosse, wrestling, track, and cheerleading.

The last defendant of the case (we won’t be covering the holding companies) is Varsity’s founder and former CEO, Jeff Webb.

Webb is involved in the lawsuit because he allegedly “conspired for many years and engaged in the market activity of most the defendants.”

What’s going on? A timeline of events.

The lawsuit goes back to 1948 to explain the history of the company.

Below are some key events:

(There are many more examples in the full lawsuit document, which you can read here.)

1974: Jeff Webb left NCA and founded his own cheerleading business.

He founded the Universal Cheerleaders Association or UCA for short. This company eventually became Varsity.

1995: American Cheerleading Magazine was founded. The company was later acquired by Varsity.

1997: Varsity extended its agreements with the Walt Disney Company & ESPN.

NACCC was formed to establish standardized rules for the new type of cheerleading, all-star cheerleading.

2003: The USASF, U.S All Star Federation, was founded (partly by Varsity) in less than a week after the NACCC’s first meeting.

2003: Varsity paid the National Federation of State High School Associations almost 3 million dollars until 2010. Why? So that the Federation would recommend Varsity’s competitions.

2005: NACCC was acquired by the USASF as they allegedly forced them (according to the lawsuit) to be combined. The NACCC was supposed to be a part of the USASF but was later dissolved, leaving the power of cheerleading rules to Varsity and the USASF.

Photo from Snapped! by Becca Clark

2011: USASF banned all gym members from attending any competitions called “world championship”, other than those held or sponsored by Varsity.

Here is a part of the letter:

“The policy of the USASF/IASF that no athlete, coach, judge, or official is permitted to participate in any way in any event that claims to be a World International Championship, other than the ICU (International Cheer Union) World Championships for National teams, or the USASF/IASF Worlds for All Star teams (…) Failure to comply with this rule is grounds for disqualifying any athlete, coach, judge, or official from participating in the ICU and USASF/IASF World Championships.”

2012: Varsity canceled their partnership with the cheerleading shoe brand, Nfinity. They announced that Varsity would be starting their own shoe brand.

2013: Like the member ban in 2011, UCA sent out the following information to scholastic cheerleading members:

2013: USASF changed its yearly membership application to include emails, phone numbers, addresses, and birth certificates. They share this information with Varsity, giving them marketing information not available to competitors.

2016: Varsity entered an 8-year agreement with FloSports, and FloCheer was formed. The companies will provide livestream coverage of The Cheerleading Worlds and Dance Worlds. Users must pay to watch, even their own team.

Competitors must sign an agreement, giving Varsity the exclusive rights to these videos.

2017: The “Video Media Policy” was published by Varsity. No live streaming or commercial recording is allowed at competitions and will result in disqualification.

2018: Bain Capital acquired Varsity Brands and its other companies for over 2 billion U.S dollars.

1. Through USA Cheer, they have passed a rule saying that school teams who wish to compete in (most of) the State Finals or National Competitions must attend Varsity Camps during the season.

2. Varsity has its own divisions of choreographers, called “Pure Choreography.” These choreographers know about scoring changes ahead of time, giving them an advantage over competitors.

Are they breaking any laws?

Yes, according to the lawsuit. The following laws are stated to be violated:

This means having a contract between a buyer (customer) and the seller (company), that restricts the buyer from engaging with a similar seller. These types of contracts damage other’s opportunities of business and are illegal.

3. Making of Agreements Not to Use the Goods of Competitors in Violation of 15 U.S.C. §14

This law says it’s illegal to sell products or negotiate contracts with the agreement of not using competitor’s products. These actions reduce the competitor’s market and are not allowed.

Other markets include the sports equipment and uniforms market, the market for school marching band uniforms, and the school rings, yearbooks, caps and gowns, and graduation announcements market.

Varsity is active in all of those markets, however, we only cover the cheerleading market in this article.

This can be done by using bribery and fraud crimes for example.

5. Violation of the Federal Racketeer Influenced and Corrupt Organizations Act

Similar to the previous law. The lawsuit states that all of the defendants have intentionally defrauded (illegally taken) their competitor’s rights to a fair market.

What does the lawsuit seek?

The lawsuit seeks equitable relief* and to recover money damages, on behalf of themselves and others similarly affected.

*Equitable relief means that Varsity is ordered either to do or stop doing something.

Amongst other things, the lawsuit demands that (1) there should be restrictions for the defendants to stop their anti-competitive control, and (2) reorganizing or breaking up one or more of the defendant companies, including the USASF and USA Cheer.

As for recovering money damages, they seek to receive three times the amount of money that they have lost due to Varsity’s control.

Trial by a jury is demanded.

The “Take Back Cheer” organization – get involved

An organization was formed by the law firm behind the lawsuit, called Falanga Law.

It’s called “Take Back Cheer” and encourages athletes, parents, and industry professionals to get involved:

“Take Back Cheer is a pretty simple concept. We want athletes to be treated with respect. We want the governing bodies of cheer to be fair and transparent. And we don’t want to be price gouged doing what we love.

For too long, one company in particular has dominated cheer. The market has been monopolized by it, and it has been able to control everything we d.o (…) It have even argued that cheerleading is NOT A SPORT just to maintain control of the industry.

It is time for us to Take Back Cheer!”

They also talk about the future of cheerleading, saying:

“Imagine cheer if you:

•Didn’t have to pay to watch your performance online!
•Didn’t have to pay at the door to watch your child compete after paying a very expensive registration fee!
•Didn’t have to worry about the governing body of cheer being controlled by a big money monopoly that DOES NOT have your interest at heart!
•Could play current popular music in your routines like other sports.
•Could actually have a shot of being competitive without having a “Big Gym” name
•Could FINALLY be treated as equals without private “network” agreements for the largest gyms.”

Do you want to get involved?

How Is It To Have A Mental Block?