On May 27th 2020, it was officially announced that Varsity Brands in combination with the USASF is facing a lawsuit.

The situation is pretty complicated and can be difficult to understand. We read the whole 49 pages long lawsuit and will be breaking it down in this post, making it as easy to understand as possible.

Who filed the lawsuit? Fusion Elite All Stars – individually and on behalf of others similarly affected. The gym has filed the suit along with three law firms.

Who is it against? Varsity Brands and the U.S. All Star Federation.

(UPDATE: there is another lawsuit against them. Read more about it here)

DISCLAIMER: TheCheerBuzz is not affiliated with Varsity Brands in any way. The following article does not necessarily reflect our own opinions. We do not make a statement in this lawsuit but present the case in a transparent and unbiased form. Images displayed within this article are not affiliated with the lawsuit.

First of all, what is “Varsity Brands”?

Everyone in the cheerleading industry probably recognizes the name “Varsity”, but there is more to the company name than you might think.

There are three main companies under the Varsity Brand name. These are;

Varsity Spirit is the section of the company that most of us are familiar with, but you might have also been exposed to the Herff Jones brand without knowing.

You know the custom Worlds and Summit rings? The NCA National Champions rings? The Majors rings? Herff Jones makes them!

However, it doesn’t end there…

There are actually many more recognizable brands under the Varsity name, which we will get into later.

Why are they sued?

Varsity Brands are essentially being sued for monopolizing the cheerleading industry. Fusion Elite filed what is called an “antitrust lawsuit”. This type of lawsuit is:

“for claims of anticompetitive business practices which led to unfair competition, price-fixing, or other types of fraud.” Source.

We will get into exactly how it is alleged that Varsity has a monopoly on the industry, but first, what exactly is a monopoly?

According to the Cambridge Dictionary, a monopoly is defined as:

“an organization or group that has complete control of something, especially an area of business, so that others have no share.”

The lawsuit states how Varsity, in combination with the USASF, has gained control over the All-Star cheerleading industry through a “series of intentional and methodical business maneuvers.”

Fusion Elite means that they, as well as all other similarly affected, have lost money due to this situation. The lawsuit seeks to recover “money damages” that gyms have suffered due to the increase in costs.

Eric Cramer, chairman at one of the law firms involved, explained their claims in this article:

“This lawsuit seeks to restore free and fair competition to an industry that, we allege, has been intentionally captured and controlled by one dominant player through an illegal predatory scheme.”

Is the cheerleading industry a monopoly?

The case is based on Varsity Brands’ control of the majority of the cheerleading industry and market. Do they really control it? Let’s find out!

Two key parts of the market are competitions and apparel, as every All-Star gym competes and wears uniforms (often practice wear as well).

There are many different competitions during a season for U.S teams, as well as other well-known cheerleading apparel companies. At first glance, this seems enough to think that the market is not a monopoly.

Since there are other competing businesses on the market – where is the problem? Well, most of these other businesses are in fact owned by Varsity.

You can probably name many different All-Star competitions held each season. They all have different names, which means they are held by different companies, right?

The lawsuit states that Varsity controls almost 90% of the competition market. It explains how the company has eliminated most of its competition on the market by buying out those companies.

UCA was founded by the same founder as Varsity and has been a part of the company since its beginning. They later (2004) bought the “National Spirit Group” and took ownership of the National Cheerleader Association (NCA).

Before JAMFest Brands merged with Varsity in late 2015, they were one of Varsity’s biggest competitors – producing events like The Majors and The U.S Finals.

Spirit Celebrations and Epic Brands have also been acquired by Varsity. These event producers were the biggest competitors “left on the market” after those mentioned before merged with Varsity.

Prices of these competitions (registration fees, admission fees, etc.) have allegedly increased since they were acquired by Varsity.

Quote from an anonymous source (not a part of the lawsuit):

“Varsity has taken over the competition market completely in the United States. Whenever a popular competition was held, they would ‘suddenly’ host their own competition on the same weekend, close to the original competition. Everything to attract teams to them instead.”

Allegations towards the USASF

The U.S. All-Star Federation was created in 2004 by Varsity, NCA, CheerSport, and America’s Best amongst others.

The USASF, like other companies, has a board of directors who decide on policies for the company. There are 13 members of the board – 7 from the competition producers that founded the USASF, the chairman of the organization, and 4 program owners.

Be the first to know about news like this by signing up for our newsletter!

The latest cheerleading news – explained in words you actually understand… 💌

Join 1500+ people getting our free newsletter every week!

Check your email inbox for a confirmation email!

According to the lawsuit, Varsity controls over 75% of the board seats since they have acquired more and more of the 7 companies that founded the USASF.

This could mean that the USASF makes decisions that benefit Varsity, and/or negatively affects competitors.

In 2012, it was suggested that there should be a separation of board members affiliated with Varsity Brands, and the other “non-Varsity members”. This would allow other event producers and gym owners to be represented on the board. That has not happened yet.

Again – it doesn’t end there…

In order to attend competitions sponsored by the USASF (42% of them are produced by Varsity), the gym must be members of the USASF. Sounds fair!

However, there are some more rules to it. USASF member gyms pay between $19 to $24.55 per athlete. If gyms attend competitions (even a single one) that are not sponsored by the USASF – the price increases to $34 per athlete.

Varsity controls which competitions can give out bids to The Summit and The U.S. Finals since those competitions are owned by the company.

At the moment, teams can only get Summit and U.S. Finals bids at Varsity owned competitions. This essentially forces all of the gyms and teams competing for bids to attend Varsity’s competitions.

Bids for the Cheerleading Worlds are controlled by the USASF and are given out at 42 different competitions. 33 of those are currently owned by Varsity.

The fact that Varsity controls the majority of the competitions giving out bids makes it harder for competitors to attract teams to their events. Receiving a bid is essentially the goal for all teams and makes the Varsity competitions crucial to attend.

At some competitions held by Varsity, there is a “Stay-to-Play rule” which says that all teams must stay at a “Varsity-approved” hotel in order to compete.

The lawsuit states that these hotels are often much more expensive than other alternatives, earning Varsity more money as they get a share from the hotels.

If a team stays at another hotel, they will not be allowed to compete. If Varsity finds out the rule was violated after the competition, the gym will be fined.

Since Varsity entered the All-Star Apparel market in 1980, the company has gained over an 80% share of the market, according to the lawsuit.

The biggest (moneywise) and most prestigious gyms make up a big share of the apparel market.

Varsity often signs contracts with these gyms, requiring them to only purchase All-Star apparel from Varsity.

On competitions held by Varsity, there are showrooms with apparel to buy. Often, only Varsity apparel is allowed to be on display and available to purchase as other apparel brands are forbidden.

The lawsuit included this quote from the founder of Rebel Athletic:

“The JAM Brands competitions had been Rebel’s most effective platform for marketing to elite cheer teams. ‘Not partnering with an event company is one thing,’ says Noseff Aldridge (founder of Rebel Athletic). ‘But being locked out of partnering with an event company – knowing that a competitor is now going to be in your booth space showing its product – it’s a double whammy.’”

Another thing that is mentioned in the lawsuit has to do with the team’s scores.

It’s also stated that USASF judges often give extra points to teams wearing Varsity apparel and therefore discourages them from wearing apparel from other companies.

Hold on – are they actually breaking any laws?

The lawsuit claims that Varsity continuingly violates “Section 2 of the Sherman Act”.

The Sherman Antitrust Act is a U.S. law that regulates competition between companies and prohibits the monopolization of markets. Section 2 states:

“Section 2 of the Sherman Act makes it unlawful (meaning illegal) for any person to monopolize, or attempt to monopolize, or combine or conspire with any other person or persons, to monopolize any part of the trade or commerce among the several States, or with foreign nations…” Source.

Varsity responded to the lawsuit with this statement:

“Varsity is aware of the lawsuit filed yesterday by a group of plaintiff’s attorneys and the allegations contained therein are completely unfounded. Varsity complies with all federal, state, and local regulations, including all antitrust and competition laws. We intend to vigorously defend ourselves against this meritless action.”

The lawsuit demands that the case gets a trial by a jury.

Some hope that this is enough to change the situation and the alleged monopoly. Others, however, aren’t that confident.

Maybe more gyms have to speak up, maybe this lawsuit is enough.

We simply have to wait and see...

UPDATE: Varsity & the USASF, along with others, are hit with another lawsuit. Read more about it here: Varsity And The USASF Sued Again – Here’s What You Need To Know 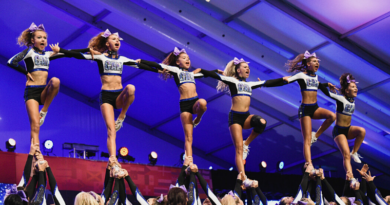 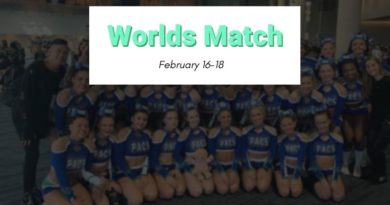