Everything You Need to Know About Non-Tumbling Cheerleading Teams 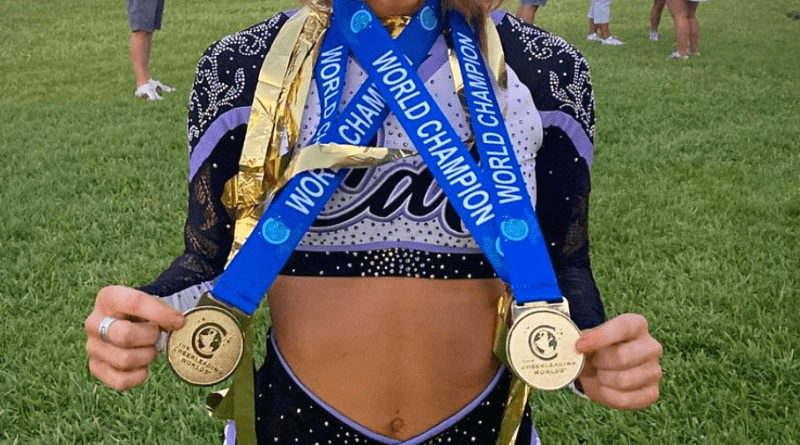 The non-tumbling cheerleading divisions have grown in popularity over the last few years. But what exactly are non-tumbling divisions? Why were they added to the sport? Learn more about the divisions, their history, and purpose in this article!

Non-tumbling cheerleading teams perform two-minute-long routines, with stunts, pyramids, basket tosses, jumps, choreography, and dance – but no tumbling. The level 6 & 7 divisions are part of the IASF Cheerleading Worlds and are split into all-girl and coed teams. Since its inception in 2019, they have grown to become two of the biggest divisions at the championship.

Want to learn more about the differences between the USASF and IASF? Here’s our quick guide: The USASF, IASF & ICU – What Are They and What’s the Difference?

Non-tumbling divisions were first introduced as part of The Cheerleading Worlds for the 2018-2019 season. The first year non-tumbling teams competed at Worlds was therefore in 2019.

The 2019 championship featured 13 teams in the all-girl division and 32 teams in the coed division. Division winners, and the first ever non-tumbling world champions, were Cheer Extreme Lady Lux and Cheer Extreme Code Black, both from the United States.

As a response to the growing division sizes, a new preliminary round (or “Prelims”) was added for Worlds 2022.

In the preliminary round, teams with at-large bids to the competition compete for the chance to advance to the Semi-Finals. As of 2022, this Prelims round only applies to non-tumbling teams from the USA.

From the semi-finals, only the top three non-tumbling teams from each country advance to the Finals.

Fun fact: the team has previously worn a unique type of uniform! Read more here: Why Doesn’t This Team’s Uniforms Look The Same?

Benefits of Non-Tumbling teams in cheerleading

As the non-tumbling divisions were first introduced, a few main benefits were highlighted. They help explain why the divisions were created and to who they can benefit.

Here are some of the main benefits that were listed:

Let’s break down the benefits some more…

Allowing athletes to stay in the sport longer

A big talking point in Allstar cheerleading is athletes who struggle with tumbling. Terms like “mental blocks” are very common when it comes to the tumbling part of the sport.

Taking away the tumbling element of a routine allows athletes who struggle with it a chance to still compete at The Cheerleading Worlds. Now, you don’t have to tumble in Allstar cheerleading!

Starting cheerleading at a later age can also be a struggle for athletes. The chance of making a team can also drastically decrease if you don’t have the right tumbling skills.

Since the Non-Tumbling divisions are open for international teams, it should be considered what the sport looks like around the world.

In many countries, the resources (physical practice space and coaching) to teach tumbling are insufficient. Many countries have developed very strong skills in stunts, jumps, and choreography, but lack in tumbling.

These divisions allow international teams to compete at the highest level of cheerleading – without the disadvantage of lacking tumbling skills.

Here are the division requirements, as of Worlds 2023:

The time limit for non-tumbling routines is 2 minutes, unlike regular All-Star cheerleading routines of 2 minutes and 30 seconds.

The only allowed tumbling elements are forward rolls, handstands, cartwheels, and round-offs – but only if they are used for “stunting purposes or formation changes and must follow appropriate level inversion rules.”

We hope this article helped you get a better understanding of Non-Tumbling teams in cheerleading. Feel free to leave a comment below if you have any other questions or thoughts to share.

Don’t forget to subscribe to our weekly newsletter, where we explain the latest news in simple terms (so you’ll actually understand what people are talking about…)

The latest cheerleading news – explained in words you actually understand… 💌

Join 1800+ people getting our free newsletter every week!

Check your email inbox for a confirmation email!

When Cheerleading Isn’t The Same – How To Handle Change