A common saying in the cheerleading world is “Hit zero” and it’s especially used during the competition season. Do you want to know exactly what the term means? You’ve come to the right place!

We’ll explain the meaning of “hitting zero” and why it sometimes causes confusion.

“Hit zero” means a team executed a routine without any deductions at all. That means no stunts were dropped, no athlete messed up their tumbling, no safety rules were broken, and that no other deductions were given. Zero points were taken off the team’s score, resulting in a “hit zero”. Since hitting your routine without deductions increases your chances of placing higher or even winning a competition, it is something most strive for.

Putting out a zero-deduction routine on the competition mat is a great accomplishment! Many competition producers hand out small awards for teams who accomplish this, allowing them to celebrate a great performance:

Deductions in routines are often reported on social media, especially during the biggest competitions. Many accounts report which teams got deductions, as well as which type of deductions. On the other hand, it’s also reported when teams “hit zero”.

Learn about common deductions in cheerleading and what they mean: What Is a BB, AF and Major BF in Cheerleading? + 6 More Deductions

What you need to remember is that only scoresheet deductions are noted by the judges. That means not all mistakes in a routine count as deductions, and why a routine with some visible mistakes could still be a “hit zero”.

For example, a stunt bobble can count as a deduction on some competitions, and not on others. A team with a stunt bobble could therefore have a “hit zero” routine, even though a mistake was made!

We hope this article helped you understand what “hit zero” means and doesn’t mean… If you found this helpful, consider sharing it with others who might find it interesting. We really appreciate your support!

Are there any other cheerleading terms or things you want us to explain? Leave a comment below and we’ll have a look!

How Is It To Have A Mental Block? 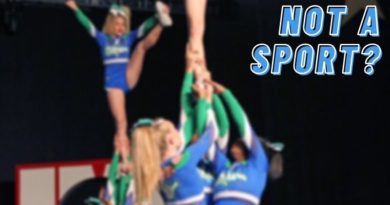 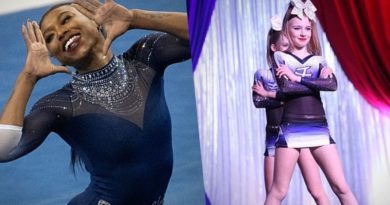 Why Can Gymnasts Use Music in Routines but Cheerleaders Can’t? Here’s a Solution!