What Is a BB, AF and Major BF in Cheerleading? + 6 More Deductions 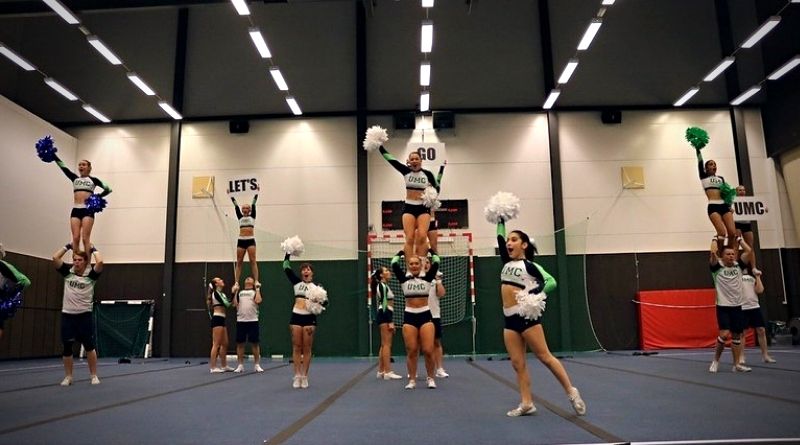 Scores from cheerleading competitions are often shared on social media, including deductions.

Some of these terms can be confusing and lead to misunderstandings, so we explain the most commonly used ones here!

Note: the number of deducted points may vary based on the event, organization, or country. For example, a building bobble may only affect the execution score, not deduct points. However, the meaning of these terms is more or less the same.

What do the deductions mean?

An athlete bobble is when one individual athlete puts their hand or a knee down during an individual skill. It can also occur when an athlete performs an uncontrolled landing of a skill, or an incomplete twist while tumbling.

This is when one individual athlete falls to the performance surface (mat) during an individual skill. For example, an athlete may fall on the mat after a tumbling pass or skill.

Other examples include putting both hands or knees down in tumbling, jumps or other individual skills. The athlete could also fall on its back, head, or bottom during a skill, which would count as an athlete fall.

OOB = out of bounds

When an athlete lands outside the performance surface (mat) with at least a hand, foot or other body part.

A “bobble” is when a stunt or basket toss almost drops or falls, but is saved. This includes flyers having trouble balancing, extended stunts dropping to a lower level, and dismount mistakes.

When a stunt or stunt transition falls and isn’t saved by the stunt group. For example, dropping the flyer from a stunt to a cradle or load in position is a building fall.

Another example is when a base or spotter falls to the performance surface during a stunt.

The same as a building fall, but in the pyramid section of a routine. See the “building fall” definition above.

Not all deductions are applied to all teams. The number of deductions that apply to your team, points you lose, etc. may vary. Always check your rules before competing!

Cover photo from Cheershots by Tara

Enjoying our quizzes, polls & articles? You can make your own!