This article was written by one of our content contributors. Do you want to become one? Read more about it here!

If you are an all-star cheerleader you’ve probably heard that ”cheer isn’t a sport” about a million times. We are constantly being seen as people dancing with pompoms when you tell a non-cheering person that you’re a cheerleader.

Let’s talk about how cheerleading is being portrayed in movies and television. The cheerleaders are the skinny, popular girls that cheer for the school’s football team.

Because of the way cheerleaders are portrayed, there are many myths we cheerleaders have to hear every day. Sometimes it’s rather hard to come up with a good way to argue with them without sounding irritable.

Let’s crush the myths about cheerleading here and then this will be the perfect article to show your friends when they talk about pompoms.

This is probably the most heard myth ever. You’ll probably hear this a few times more during your career. Luckily we have the perfect response for you.

The definition of a sport is:
“An activity involving physical exertion (effort) and skill in which an individual or team competes against another or others for entertainment.” (Oxford Dictionary)

According to the definition, cheerleading is absolutely a sport. It’s a team sport where we compete against other teams for entertainment. My biggest tip if you want people to believe it’s not just dancing with pompoms, show them a video of your country’s national team. That will probably leave them SHOOK.

Myth #2
Cheerleading is a girl sport, it’s not for guys.

For all you male cheerleaders out there. I guess this is a sentence you’ve heard quite some times. I’ve heard it at least 10 times just because I had a boy on my team last season. But guess what?

Let’s take a look at the facts:

The roots of cheerleading can be traced back to 1883 when a trend of united cheering and chanting at sports games was spreading. However, it was at Princeton University that the first official cheer was performed in 1884. Students at the university started an all-male pep club so they could cheer at Princeton’s other teams.

It wasn’t until 1923 that women were allowed to be cheerleaders. It was during World War II that the sport got female-dominated since many young men chose to skip cheerleading and joined the military. 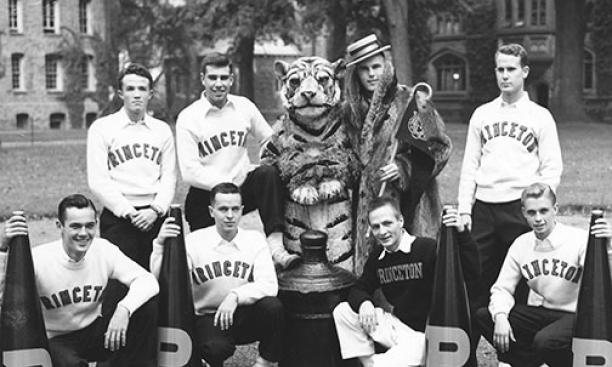 Although it started as an all-male, prestigious club, today 97 percent of professional cheerleaders are female. However, in college, men’s participation is up to 50 percent.

Cheerleading is a sport where you need everyone. There is always a place for you. The only way to get away from the myth that cheerleading is only for girls – is to get more guys to discover the great sport of cheerleading.

Do you know which male celebrities have cheered? Check out this post: 20 Celebrities That Were Cheerleaders

Myth #3
Cheerleaders have to be skinny.

This is a myth that movies made up for our sport. In most movies or tv-shows where cheerleaders are portrayed, they’re tall, skinny, and popular. In the show ”Glee” the coach even tells her athletes to lose weight if they want to stay on the team. It’s that kind of mockery that makes people believe that cheerleaders are just stuck up, popular girls when we’re actually hard-working athletes.

For me, the beautiful part of cheerleading is that there is a place for everyone. Tall or short, thick or thin. Nothing matters. Everyone’s welcome because the sport needs everyone.

According to thetoptens.com, cheerleading is the third most dangerous sport.

Cheerleading has become so much more than shouting at football teams to score. Modern cheerleading contains gymnastics/tumbling, jumps, choreography and of course the stunts.
A basket toss sends an athlete 20 feet in the air, only to land in the teammates’ arms. 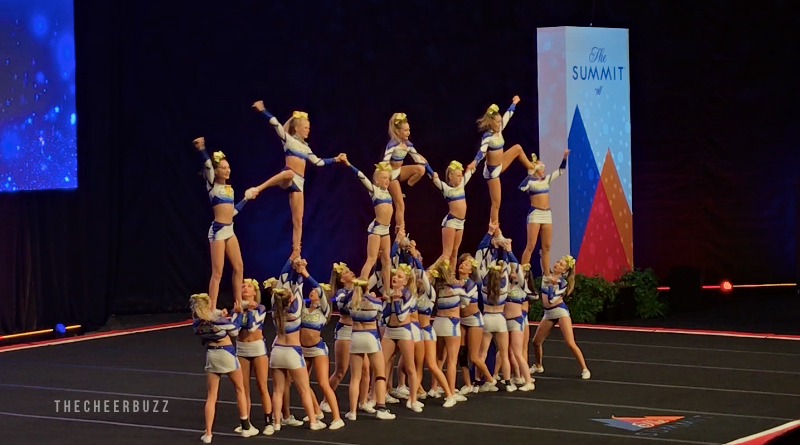 Cheerleading is a sport where you wear short skirts and tight tops. But we wear them for a reason, and it is NOT to please someone else. Cheerleading, just like many others, is a sport with many injuries. Big and baggy clothes could make that worse. What if your big shirt got caught in a stunt? You wouldn’t be able to perform it correctly.

Swimming is also a sport where you’ll be wearing very revealing clothes. They wear their tight bathing suits for one simple reason, it makes it easier. Then why can’t we wear things that make OUR sport easier?

Speaking from personal preferences I’d rather stay on the ground. Sure, it’s awesome being in the air, but no one could ever be in the air if we didn’t have bases and backspots!! We need to give more appreciation to all the ground-people in the sport.

If I got to choose I would stay on the ground for the rest of my cheerleading career. This is something we need all the athletes to understand. But also their parents.

Please parents. It’s really good that you care about your child. But if your child doesn’t get to be a flyer, it’s not the end of the world. Don’t tell the coaches that your kid should be a flyer to be seen. The coaches know what they’re doing. Everyone on the team is required.

Are you sick of people misunderstanding our sport? 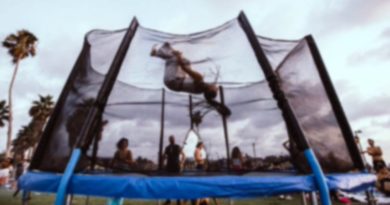 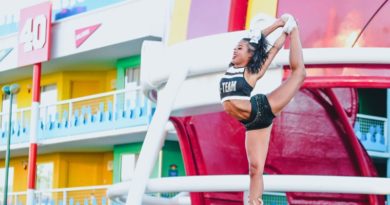