Mental blocks are something most cheerleaders experience during their cheer career. Many athletes have them and if you haven’t, there is a big chance that a person around you is struggling with a mental block.

As a coach or teammate, it might be hard to know how to help the struggling athlete. If you haven’t experienced one yourself it’s hard to picture how tough it is to face one.

For everyone to get a bigger understanding of how tough it is to face, I decided to interview five cheerleaders who gave their own words on how they struggled.

This article was written by one of our content contributors. Do you want to become one? Read more about it here!

How long have you struggled with your mental block?

Person 1: I’ve had my mental block on and off. It started with my back handspring. A while later I got it for all my running tumbling. I’m able to do all level 3 skills but every skill moving backward is impossible.

Person 3: I struggle with my mind block all the time because I don’t want to get stuck again. Right now I don’t have one but it’s always in the back of my head. Last time I had a block it started when I got afraid of throwing my hardest skills. It got so far that I couldn’t do my back handspring. That wasn’t the first time for me. The first time I had one it disappeared by itself so I thought that would happen this time too. I let it go on for 6 months until comp season because I thought it would disappear.

Person 4: I struggled with my mental block for over six years.

Person 5: About two months, at the beginning of the season, when we just got our choreography.

For those who’ve never experienced a mental block, how does it feel to struggle with it? What does it do to you?

Person 1: A mental block isn’t that you’re scared. It’s that you can’t do it. It’s like your brain knows how to pick up a glass and bring it to your mouth, then it forgets how you do it. That’s how it feels to have a block.

Person 2: It’s hard to explain but it feels like the brain says stop. You know that you CAN do it but the brain refuses. 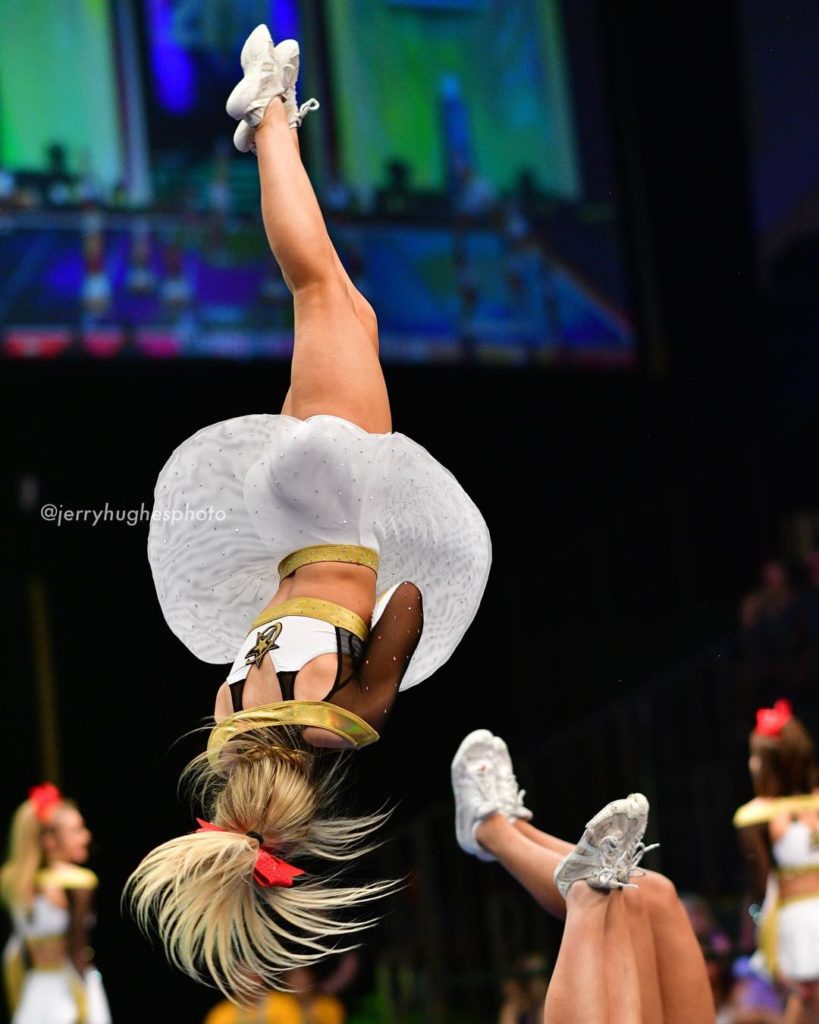 Person 3: Having a mental block is hard on the mind. Going in to practice and already knowing that you won’t be able to throw the skills you should be, that all your friends can throw without a problem is really hard. For those who’ve never experienced a mental block, it can be hard to understand how difficult it is having all that pressure on you. Both from yourself and others. It’s like experience something you’re afraid of. You just want to avoid it. The block that really sits in the brain is growing all the time. You get more afraid and anxious each time. The skill you worked so hard for can disappear in a moment.

Person 4: Having a mental block is a frustrating feeling. You want to be able to do it so bad but the brain isn’t on the same page. You constantly push yourself down by telling yourself that you won’t be able to do it. You’re feeling like a weaker person. My biggest fear was definitely to get hurt during the skill. I constantly told myself that whatever I did I was gonna get hurt. Eventually, this made me barely want to do a cartwheel. After a long mental block for my back handspring I told myself that I’m gonna have to do back walkovers for the rest of my life.

Person 5: I had a mental block for my kick double basket. About 2 months before regionals I got a weird stunt group with backspots as bases and a base as a backspot. It went okay at first but then it just stopped and I couldn’t do it. It was like all of my muscles saying no at the same time. Fighting it seems impossible.

“It’s hard to explain but it feels like the brain says stop. You know that you CAN do it but the brain refuses.”

Is it something in particular that triggers it?

Person 1: I got my mental blocks when I did tumbling while my body was too tired to work, because when I get hurt during tumbling it makes it harder to do it again.

Person 2: For me, it is to know that the spotter will disappear but also that your teammates are counting on you do throw your skill. I’m also afraid that I’ll get hurt again. My elbow dislocated one time during a back handspring. Knowing that it can happen again triggers my block.

Person 3: Now when I don’t have my mind block I have a lot of tics before doing each skill. When I had the block, all of these were 10 times worse. If I doubt too many times, the mental block gets harder to work through. It’s hard for me to work on it during practices because it feels like everyone around me disturbs. The smallest noise or someone throwing a skill next to me can make it worse.

Person 4: The pressure from the coach and myself was the thing that triggered me the most. You always want to make your coach happy by being able to throw new skills. Being the one on the team with mental blocks is not fun at all. On the outside, you look weak but on the inside, you’re constantly fighting. I knew my body physically could do all the skills I wanted to, but all the thinking made it hard mentally.

Person 5: The block was on different levels on each practice. Sometimes I could only do a straight toss, and every once in awhile I was able to do a kick single. Every little thing triggered it, like a weird catch.

How does it feel walking into practice when being aware of your mental block?

Person 1: For me, it feels like everyone on the team looks down on you and you feel like you don’t deserve to be there. Sometimes I don’t want to go to practice because of that.

Person 2: It’s hard. You can tell yourself that this will be the practice where you’ll be able to do it. But it won’t.

Person 3: Having a block and always knowing how scared you will be at practice, and that you will feel the pressure to do it is incredibly hard. Practices, that are the best thing I know, turn to something hard and tough to do when it’s time for tumbling. I avoid it as much as I can by not doing anything I don’t have to.

Person 4: The mental block got me to basically quit cheer for over a year, I let my mental block take over me as a person and make decisions for me. I loved, and still love cheerleading but going to practice knowing that you won’t be as good as the others are hard and set a lot of pressure on you.

Person 5: Cheerleading is the best thing I know but it made me anxious when I knew I had to work on it. I got a lot of performance anxiety.

If your mental block has disappeared, how and why did that happen?

Person 1: It’s hard to say why a mental block disappears. But when it does it’s so liberating that I can’t even describe it.

Person 3: What I tried to do, waiting to see if it would disappear on itself, is NOT a good way to do it. I had to start over with basics. It helped to try new things before the skill, like having my hands differently before my back handspring. When you finally dare to throw the skill that you’ve been so scared of it’s an incredible relief. Being able to believe in yourself again. For me, this has helped me develop as an athlete. The process has helped me both with tumbling and personally.

Person 4: My mental block disappeared about 3 years ago but I still remember it like it was yesterday. My gym had an extra practice, I got there with expectations to only stunt because tumbling wasn’t my thing. When no one in my stunt group wanted to stunt I almost got forced to do tumbling. First, I was negative about working on my back handspring but after I while I felt more confident. So I started with doing it with 2 spotters, then went down to 1. At last, I just threw it. After that my mental thinking changed completely. I never want to feel the feeling of holding myself back from something I really want. Now I just throw myself, because I trust myself. I’m not afraid.

Person 5: My coaches and bases were really helpful and did everything to make me do it. We did a lot of exercises which helped me.

“When you finally dare to throw the skill that you’ve been so scared of it’s an incredible relief. Being able to believe in yourself again.”

How did you experience help and support from people around you? Coaches, teammates, etc.

Person 1: Nothing. I had to learn everything by myself. My teammates think that it’s just about throwing. No one of my coaches wanted to help either.

Person 2: I’ve got a lot of support through words, like ”you can do it”. What helps me the most and gives me extra support, is when the spotter doesn’t stress and lets me work on my skill as long as I need to.

Person 3: Since my latest block was a while ago, there wasn’t a lot of people who knew much about mental blocks. They tried talking to me and wanted to help me but closer to comp season it felt harder with all the pressure. For me, I had to work on it with myself a lot. I got help and support from my coaches and teammates but only I could get it out of my head.

Person 4: I would say that I got much help from both my coaches and my mom. She literally brought me to practices and really wanted me to get over my mental block. What helped me the most was not being stressed. I personally feel like the stress of being forced just makes it worse.

Person 5: Both my coaches and teammates helped me a lot by letting me do it in my way and take my time.

What are your experiences with mental blocks? What helped you?

How can we reduce the risk of getting one? 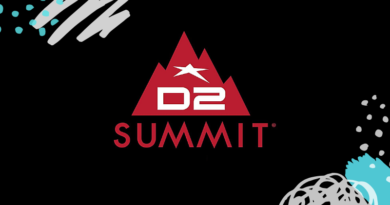 What Is The D2 Summit? 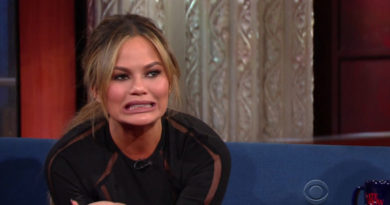 20 Of Your Most Embarrassing​ Cheerleading Stories

4 Of The Best Redbubble Stores For Cheer Stickers

We’re obsessed with these!

Themed Routines For The 19-20 Season